Grow Your Wealth: Investing in Agriculture

Learn how to invest your IRA in farming and timber from industry expert Chris Rawley, Founder and CEO of Harvest Returns. 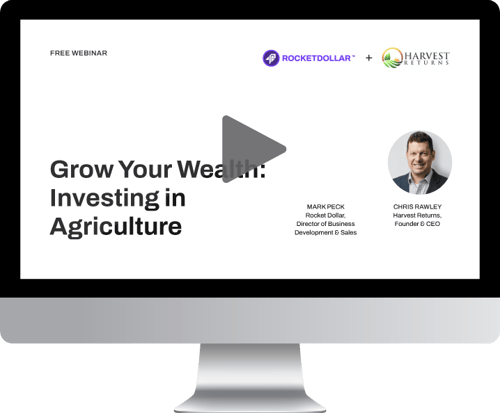 Get ready, agriculture is going to be big.

Agricultural production is one of the oldest, most profitable investments available. With each passing year, the world must feed more people with less arable land. Global demographics will continue those trends as the earth's population grows by another three billion people in the next few decades.

Learn what the growing trends are in agricultural investing

Learn how deals are structured in this space

Understand how to invest in agriculture with tax-advantages 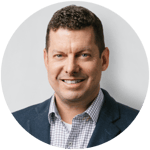 While serving as a career naval officer, Chris Rawley visited dozens of war-torn and poverty stricken countries and began to appreciate the importance of agriculture to every single person on earth. As a professional investor with this new found appreciation, he decided to invest in a farm, but quickly discovered that these types of assets were inaccessible to the average person. The problem drove him to create Harvest Returns in 2016 to democratize investments in agriculture.

Rawley has held corporate management roles in Jones Lang LaSalle, Electronic Data Systems, L-3 Communications, and served as a defense consultant at Special Operations Command with Blackbird Technologies. He has invested in real estate and income-producing agriculture for nearly two decades. Rawley is an angel investor in early stage agriculture and food companies, including the Indian agriculture FinTech company Jai Kisan. He serves on the advisory board of the AgTech start-up AgroFides.

Rawley is a Captain in the Navy Reserve, serving as the Reserve Chief of Staff for United States SIXTH Fleet, and helping to manage hundreds of sailors operating across Europe and Africa. During his 28 year military career, Rawley has filled a variety of leadership positions in naval, expeditionary, and joint special operations units afloat and ashore. He has deployed to Afghanistan, Iraq, throughout Africa, the Middle East, and Western Pacific.  Rawley has a degree from Texas A&M University, earned an MBA at George Washington University, and is a graduate of the U.S. Naval War College.