Avocado Toast and the Next Generation of American Wealth 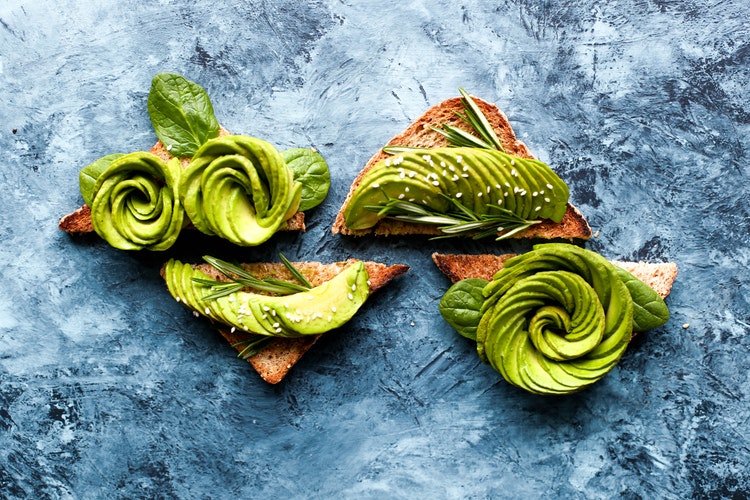 High Earners, Not Rich Yet (HENRY) individuals represent a crucial segment of the U.S. population—they are set up to be the next generation of wealthy Americans, but they just aren’t there yet. HENRYs have good jobs that provide above-average income and many are nearing a phase in their personal finances where they are about to shed cumbersome student loan debt. For many HENRYs, now is the time to begin setting up a diverse investment portfolio to ensure a secure financial future for their post working years.

Rocket Dollar is helping HENRYs get rid of the “not rich yet” part of HENRY.

What Exactly is a HENRY?

Most HENRYs are between the ages of 30 and 40, which is roughly the second half of the Millennial generation. The numbers are debatable, but many HENRYs earn $100,000 per year or more. Some earn less, but enjoy living in areas with lower cost of living. Despite taking home a substantial weekly income, many HENRYs live paycheck-to-paycheck.

Most HENRYs had an opportunity to get an education well beyond those of their parents. They work in technical fields with strong job demand such as professional services, accounting, venture capital, and even medicine. Although they are high earners, they are not quite rich yet.

Why Aren’t They Rich Yet?

A primary reason why HENRYs are not rich yet is because many are saddled with high student loan debt. There is more than $1.5 trillion in U.S. student loan debt spread among 44 million debtors, and the average debt load for students in the graduating class of 2016 was more than $37,000.

Student loans are the second-highest source of debt after mortgages, and is higher than all credit card debt combined. Much of it is concentrated in the HENRY demographic. These older Millennials went to school, earned undergraduate and (often) graduate degrees, and incurred a great deal of debt in order to land their high-income jobs. Additionally, many of the jobs HENRYs are qualified for are concentrated in expensive metropolitan areas such as San Francisco, New York, Los Angeles, Chicago, Austin, Seattle or Boston.

However, many HENRYs see light at the end of the tunnel. They have good jobs and they’ve spent years advancing their careers. They went through long periods after college where they made significant payment on their student loans.

When they finally pay off that debt, it’s time for them to think about saving for retirement.

Once HENRYs shake their student loan debt, they’ll be able to start building a solid financial foundation for their future. However, investing can be challenging because many HENRYs find current retirement investment options outdated and boring—and rightfully so.

The tried-and-true balance of 60 percent stocks and 40 percent bonds no longer works. Diversification is crucial to increasing personal net worth. Some of the most sophisticated investors in the world, such as the Yale Endowment Fund and Harvard Endowment Fund, have a large percentage of assets in non-traditional investments such as private equity or private real estate. Rocket Dollar provides HENRYs and everyday investors the opportunity to diversify into those same asset classes.

Many HENRYs are probably well into their second, third or even fourth high-paying job and they’ve amassed substantial retirement savings through company-sponsored 401(k) plans. They can invest those funds in stocks, bonds or mutual funds, but many Millennials aren’t interested in investing the same way as their parents—nor should they be. For decades, companies such as General Electric and ExxonMobil were two of the safest long-term stocks to purchase. Today, it’s the FAANG stocks—Facebook (FB), Amazon (AMZN), Apple (AAPL), Netflix (NFLX) and Alphabet (GOOG). It’s a safe bet to say one of these five companies will become the world’s first trillion-dollar business by market valuation.

By creating an account through Rocket Dollar, HENRYs can roll their old retirement accounts into Self-Directed IRAs to begin investing in alternatives such as crowdfunding platforms(SeedInvest), technology startups, and other businesses that are far more likely to pique their interests. These investments satisfy the need to diversify investment options, as well as the need to place money into 21st-century investments that are better suited for younger individuals with a long time horizon.

Millennials: The Next Generation of American Wealth

Compared to any other generation in history, Millennials have done extremely well. While HENRYs may spend a bit more money on craft beer and avocado toast than they should and many have loftier spending habits on vacations and Airbnb rentals, they’ve largely been very good about saving and placing a high priority on paying down their personal debt. They are educated, inventive, and focused on lowering debt and saving money. HENRYs will be the next generation of high net worth individuals and, for the most part, they’ve largely done it on their own.

HENRYs are interested in, and deserve, diverse financial products to build their retirement foundation.Rocket Dollar’s Self-Directed Solo 401(k) and Self-Directed IRAs open the door for alternative investments and the creation of retirement wealth through 21-century diversification. For more information, go to rocketdollar.com of high net worth individuals and, for the most part, they’ve largely done it on their own.

Retiring soon? Just getting out of college? Regardless of who you are, you need the money that you...

A younger generation is starting to invest and they mean business. Alec Chapman, Owner of...

Rocket Dollar account holders have the power to invest in any asset class allowed by the IRS. Our...